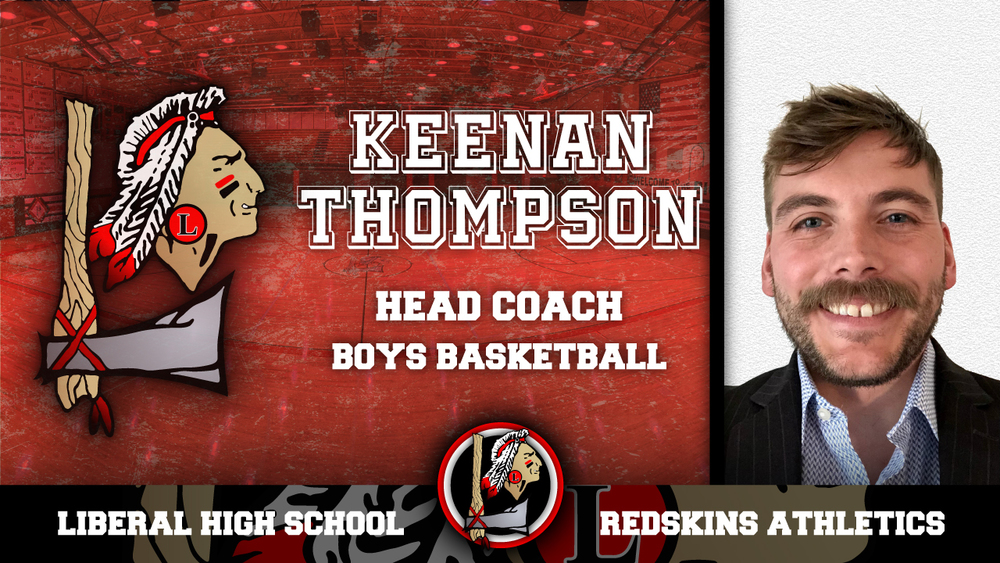 “Keenan will be a great fit for the boys basketball program and community. I really have enjoyed his passion for coaching and the overall excitement he has for coaching at Liberal High School. Keenan is very dedicated and interested in growing our program and taking it to the next level. I am very excited about the future of the boys basketball program and also the opportunity to bring Keenan back to Southwest Kansas,” incoming Liberal High School Activities Director Kerri Miles said.

In addition to his coaching experience, Thompson has also served in leadership roles at his previous schools.  This includes the coordinator for career research and readiness programs, Genius Hour Director, and a member of the Building Leadership Team at Sacred Heart Middle School.

“We look forward to having Coach Thompson as a member of the Liberal High School team.  He brings a great deal of passion and enthusiasm and strives to get the best out of students both in the classroom and on the court,” Liberal High School Principal Ashley Kappelmann said.

Thompson, the son of Chris and Renee Thompson and brother to Lacey, Kaiden, Konnor, and Karrigan Thompson, is originally from Salina and graduated from Sacred Heart High School.

He then went on to Bethany College, where he was a member of the Swedes Soccer Team and a Peer Minister and Pathfinder before he earned his degree in Secondary Social Studies Education.  This summer, Thompson is engaged to marry Liz Perry and will be honored to have Audra and Aurie as his stepdaughters.

“It was a great experience coaching at my alma mater, Sacred Heart, and I am forever thankful to the school and to my players for the opportunity they gave me.  But, I am very passionate about my vision and what I believe these players at Liberal High School can build - a competitive program with a culture built on working hard, being tough, and loving each other.  I cannot wait to begin this next step for Liberal High School Basketball,” Coach Keenan Thompson said.

Current boys basketball team players and those interested in going out for boys basketball will have an opportunity to meet with Coach Thompson on Friday, April 9, at 11 a.m. in the main gym.