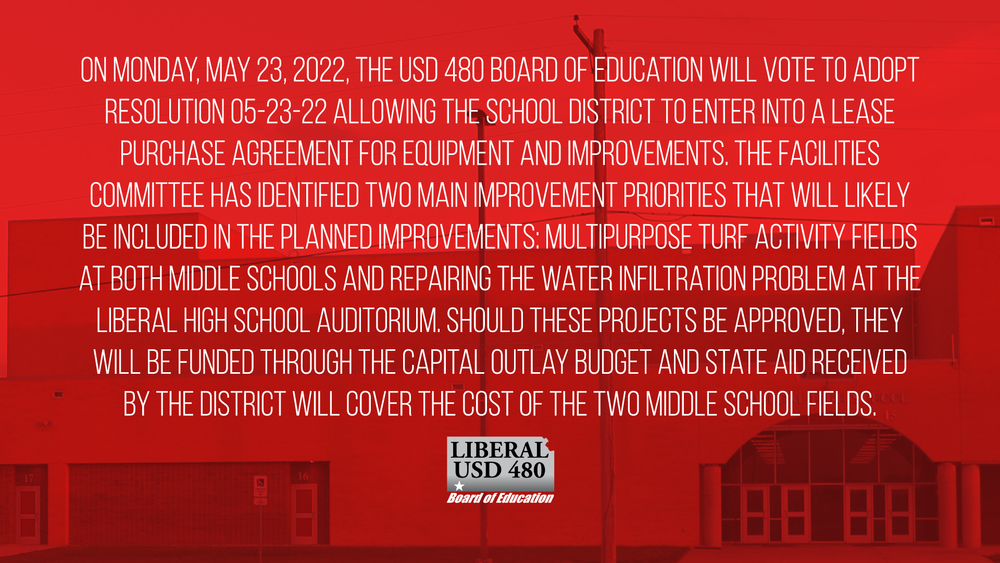 USD 480 BOE to Vote on Resolution Regarding Lease Purchase Agreement

On Monday, May 23, 2022, the USD 480 Board of Education will vote to adopt Resolution 05-23-22 allowing the school district to enter into a lease purchase agreement for equipment and improvements. The Facilities Committee has identified two main improvement priorities that will likely be included in the planned improvements: multipurpose turf activity fields at both middle schools and repairing the water infiltration problem at the Liberal High School auditorium. Should these projects be approved, they will be funded through the Capital Outlay Budget and state aid received by the district will cover the cost of the two middle school fields.

This resolution will allow the school district to borrow up to $7.5 million for equipment and improvements; however, the recommendations from the Facilities Committee currently total less than $5 million in total expenditures. The total amount will be set at $7.5 million for this lease agreement until the LHS auditorium project costs can be finalized in late June.

The projects this lease agreement will address will be formally voted on at the June 6, 2022 board meeting. At that meeting the board will also vote to determine which bank they will be using for the lease purchases.

Moving both middle school activity fields to turf has been made a priority for various reasons, chief among them being an increase in the rate of usability for each field. Currently, each of our middle school fields is rated for a total of 30 uses per season during the spring, summer, and fall according to the Kansas State University Agricultural Experiment Station and Cooperative Extension Service. This number includes 10 games or activities each season with two practices prior to each game, with a recommendation for fewer events during the summer season when the grass is under “heat stress”.

Between the two middle schools there is an average of 618 events on the two fields per school year, well above the recommended 180 events for the three seasons (see Graph 1). Team practices and events for both middle schools typically take place at off-campus sites causing various issues including travel logistics, poor field surface quality, and parent concerns with the safety of students using fields outside of school property for practice.

Grass requires large amounts of water, fertilizer, herbicide, maintenance and time to recover from use. Turf provides a year-round surface more durable than grass that can be used for a wide range of outdoor activities involving a large number of students. Typical life of modern turf in our area when properly maintained is 10-12 years.

The second project the Facilities Committee has raised concerns about is the auditorium at Liberal High School. The auditorium has had water infiltration issues for several years despite attempts to address the problem with a new roof, drainage system, and other repairs.

An in-depth analysis of the structure revealed that the porous bricks used in the initial construction and other outdated building methods and materials have led to the high-rate of water infiltration. The proposed solution for the water infiltration would require the removal and replacement of all the material on the exterior of the building, from the existing brick down to the support beams. 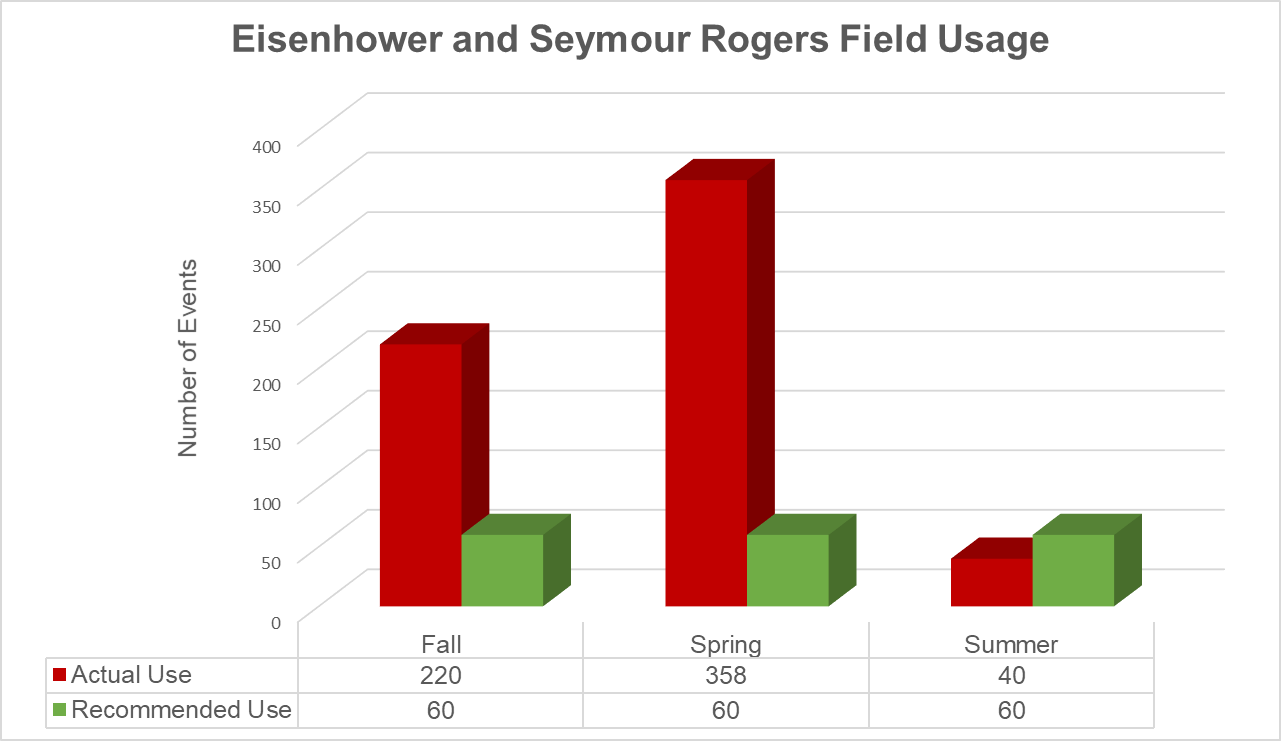